You can't miss the massive IJACK building on Highway 8 just north of Moosomin, completed in 2019. The massive building where oilfield equipment is assembled is impossible to miss, but you may not know the story behind IJACK.

It was on a drive past bobbing pumpjacks around Carnduff that Dan McCarthy had the idea that led to a fast growing oilfield company, IJACK Technologies, which builds pumpjacks and gas compressors for the oil industry.

McCarthy grew up on a farm south of Moosomin, earned a degree in industrial systems engineering, and began a career as a design engineer for Rite Way Manufacturing, Python Manufacturing, and Brandt Agricultural Products.

While working in southeast Saskatchewan he thought that he could apply his engineering skills to come up with a better pumpjack.

"I remember the day," he says. "I was driving a semi hauling a combine for a company I worked for in Regina. I was over by Carnduff on my way back to Regina, driving past pump jacks. The wheels were turning and the idea was formed.

"Over the course of the next two to three years I was talking about it with people in the industry. The idea seemed to gain more and more validity as I talked to people, and at one point it was time to shut up and get at it. I had never done anything in the oilfield, but I jumped right in."

The IJACK automated hydraulic lift is McCarthy's own design.

"It's basically a hydraulic cylinder that mounts to the well head and basically pulls straight up and straight down," he says. "The dream has always been to be more of a technology company than just to pump oil, and with the linear lift, using hydraulics we can be more efficient and apply the technology that I thought that could be applied, even though I had never been in the oilfield.

"You can do a lot more things with hydraulics. You can go slower up and faster down. You can achieve very slow stroke speeds with the long stroke length, which is the benefit for gassy wells that have trouble producing.

"Using this technology, we also fully automate our pump jacks."

IJACK has entered a crowded market. "The first hydraulic pump jacks came out in the late 70's early 80's," says McCarthy. "There are 30 plus competitors I know of around the world."

McCarthy says he started off thinking he had an idea for a better pumpjack before he knew the oil industry, and he has learned a lot about the industry in the last few years.

"It always starts out that way-you start out thinking you have a better idea, and then you learn some hard lessons. But we made it through those hard lessons and learned a bunch about this industry, and now that we are in it we are able to bring solutions that I wasn't even thinking of when we got into this.

"For instance, we have a new high efficient pump jack power unit right now which uses very similar horsepower to a conventional unit, which is a lot better than its counterpart hydraulic unit. We have got some new technologies that we are patenting.

" It is a quicker install, and better management of the well. They can pump longer, pump slower. One pumpjack can basically do the entire life cycle of the well versus needing a big one and downsizing to a smaller one and a smaller one."

How did McCarthy get started with IJACK?

"I found a couple of partners out of Virden, Manitoba that had some connections and knowledge in the industry. Coupled with their knowledge of who needs a solution like this and my idea, we found a test well and made a few prototypes and got them out there."

"It was me on the farm by myself with front end loaders just bringing in parts with a little bit of seed money and putting stuff together," he says.
McCarthy said his engineering experience prepared him for getting IJACK off the ground.

"It was a risk, but having that knowledge of the entire process-right from conceptualizing a new product to designing it, to getting it into manufacturing and costed, and after sales support-I had a pretty firm grasp on the whole spectrum from start to finish.

"I felt it was time for me to employ those skills for myself."

The company took a couple of years to get into production.

"We incorporated in 2010 and we didn't actually sell one of our machines until 2013, at which point we had something that I felt was ready to go- it was reliable and working well. We started with a limited run. We built three and then we built ten. We sold those ten and just kind of got rolling. The first addition was a guy in the shop who helped with assembly and service, and then we added a sales guy after that, and a few more guys. Now there are eight of us in varying capacities."

The units are assembled at IJACK's plant on Highway 8.

The business has quickly grown.

"We have shown some really good success in the last few years," says McCarthy. As oil was going down we were actually growing. The last three years we have been growing very steadily basically by giving the oil company products they can be more efficient with. They can get more out of ground, they can do it safer and easier and generally for a bit less money."

What was the effect of the oil crunch on the new company?

"It actually helped us," said McCarthy. "We branched off into that second product, and now a third very important product. It did give us time to further refine and develop this new high efficient power unit.

"Looking back on it we are probably in a better spot than we would have been if it just kept on going.

"When oil companies' bottom lines start to suffer, they are looking for new creative ways to make more money and decrease their costs, so that has really been a strength for us."

McCarthy said there has been a good response from the industry to IJACK's products.

"That has always been one of the most important things to me-to create a repeat customer, because building a hydraulic pump jack can be kind of a swear word because people have done it so poorly. And some of the competitors out there have taken the approach that there are a lot of companies in the world so let's just sell one to every company in the world and that will be a lot of pump jacks sold and but no happy customers. We have totally reversed that now-it has taken time but through a quality product and great service the customers are very happy. It is very enjoyable to talk to the production engineers that are out in the field. They tell me to keep on bringing out the new technology."

McCarthy says leading a growing new company comes with a lot of challenges.

"There are just new challenges all the time," he says. "Now that the product is running smoothly it is a transition more into management and hiring people and putting my faith into them to continue growing, because I have definitely realized I can't do it all by myself anymore. It is just an evolution I am having to adapt to."

What does he enjoy about the business?

"I love the product, building the brand, dealing with like-minded people, creating a positive workplace for people-where we make cool things and customers can make more money and they are happy. That is what I strive for."

McCarthy believes there is a lot of potential for growth for his company.

"This is just a start," he says. "I believe if you make a good product or a world-class product and you support it well, as long as it's scalable and there are more markets for it, you can just keep growing. We are a long way from being topped out I would say." 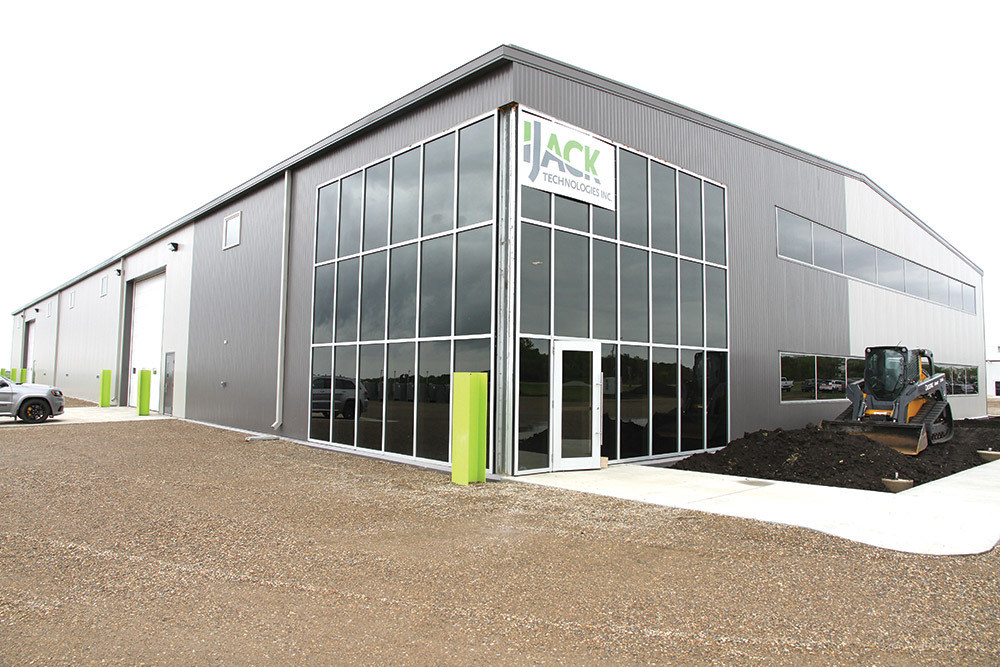